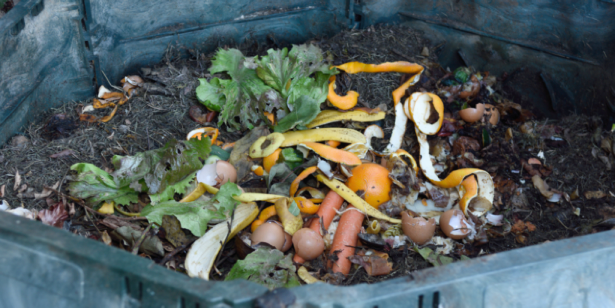 We’ve talked previously on this site about how landfills work, and the reasons we donate and recycle as much as possible every time we pick up junk. But ultimately, a question arises regarding our current system – “is there a better way?” And as it turns out, the answer is “yes”. But let’s begin by defining the problem.

The biggest issue with the modern waste management system is that stuff that could be reclaimed or otherwise salvaged is going into landfills. And the problem there is largely the comingling of materials.

Think of it this way. You have a sweater you want to get rid of, so it goes in the trash. Then you drop a CFL bulb by accident, so you sweep it up and toss it in the garbage can. Then you go to make dinner, and toss your squash trimmings in the garbage can on top of the broken CFL bulb. Then your kid has some leftover spaghetti sauce on his plate from dinner, and scrapes that into the garbage can. And finally, you throw out an exploded battery that you found in your kitchen flashlight.

You now have a sweater that might have been usable by somebody else, covered in mercury from the CFL bulb (hazardous!), covered in meat drippings, covered in spaghetti sauce (corrosive to metal). And into that mixture goes a metal battery that can actually be dissolved by that tomato sauce (over time) with leaking potassium hydroxide (hazardous!).

None of that stuff can be recovered without spending much, much more time and energy than it’s worth, because all the chemicals are reacting with one another and complicating the process – so it all gets hauled off to the landfill.

Obviously, the easiest step toward a greener planet is to start by not putting the sweater in the trash to begin with. Donating that will help keep somebody else warm, and give it some extra life before it goes to the landfill. And this is exactly what we do when we haul off your junk.

But consider one further step.

That squash came from the ground. And so did that tomato sauce. Okay, okay – it came from Prego – but Prego got it from tomatoes, and they got those tomatoes from the ground. If you took all those scraps outside and threw them back onto the ground (please don’t do this – neighbors get cranky when they see leftovers on your lawn!), it would biodegrade and return to the soil. So throwing it in a landfill – where it will never biodegrade, and have zero chance of ever returning to the soil – just seems silly….doesn’t it?

That’s what some modern garbage companies think too, including our friends at Earthbound Enviro.

Earthbound Enviro is a garbage collection company, just like the one you have now, with one big difference – they provide specially-designed bags that allow you to collect a large variety of organic materials separately. Since these items are separate at the time of collection, there are no comingling and toxicity issues. This means that Earthbound can compost those materials, and allow it to – over time – turn back into soil. This type of soil is nutrient-rich, and is great for growing vegetables, planting bushes / trees / shrubs, and just about any gardening application.

The idea here is twofold. First, having that stuff not end up in the landfill means that our landfills grow more slowly. This is good for everybody. But second, it also means that the nutrients and bio-value of that food can be reclaimed as compost and used to grow more nutritious food. This is good for you, in that you’re not filling a landfill more than necessary, and good for society as the availability of high-quality compost increases the overall food quality for every grower that uses it.

This also means that these companies – because they have composting facilities – can take things like yard waste and turn them into compost as well. Many garbage hauling companies take your yard waste directly to the dump. Imagine if all that bio material could be returned to society in the form of nutrient-dense compost!

Does this separating of compostable materials require a tiny bit more work from consumers? Yes, no doubt. But what it really requires is just a slight shift of habits. When glass / plastic recycling was introduced, it was challenging at first. Then we all developed the thought patterns and muscle memory to where now it’s second nature. And this change isn’t any more difficult than that.

If the idea of keeping more out of the landfill appeals to you, we’d encourage you to check out Earthbound Enviro’s services. And while you’re at it, let your existing garbage company know that sustainability is important to you. Who knows? Maybe instead of more and more landfills being the future, we’ll have less landfills and more “garbage companies of the future”!