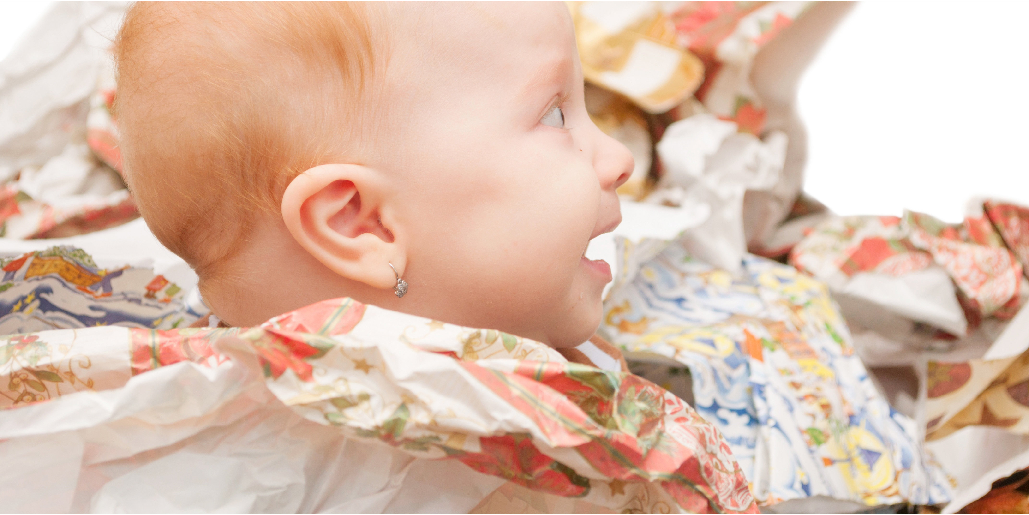 We hope you had a fantastic Christmas! We talked last week about the importance of relationships over stuff, even if you’re fully on board with that philosophy there’s a high likelihood that a “stuff” is still a part of your holiday.

Our culture is literally swimming in stuff.

If you have kids, you know they’re “stuff” magnets. In-laws & grandparents love to buy kids gifts. If you work at an office, “secret Santa” is still a thing – no matter whether you actually know the people or not. And holiday parties wouldn’t be complete without “white elephant” gift exchanges. Think about that for a minute – we have a whole holiday game based on the idea that you’ll own useless stuff, presumably useless stuff that you got from somebody else in a previous year!

There’s an old saying in finance. “If your outgo exceeds your income, your upkeep will be your downfall.” And that applies just as much to your stuff. Unless you’re planning on just moving to bigger and bigger houses as time goes on, stuff needs to flow both in and out of your life.

Fortunately, when you get an influx of new stuff, there are some easy steps you can take to prevent yourself from being overrun. Ask yourself some simple questions:

Do I want this new thing? We know this is heresy to some people, but hear us out. The fact that Aunt Ethel bought you a new pie pan doesn’t mean that you need to hold onto the new pie pan! While you should always be grateful that somebody thought of you and gave you a gift, that gratitude doesn’t need to extend to keeping whatever they gave you forever – or even until next week. If it doesn’t have value to you, you don’t have to keep it!

Does this new thing replace something I already have? If you got a new set of kitchen knives, do you have old kitchen knives? Unless you regularly have multiple people doing prep work in your kitchen, there’s a limit to how many knives you can use – and some of them should probably exit stage left, pronto.

Does this new thing belong to a category of things that I may want to re-assess? Kids’ toys are a classic example here. If they just got a pile of new toys this Christmas, odds are good that they have old toys they no longer play with. Clothes are another great example. Some pro organizers talk about the “one in, one out” rule. We don’t think you need to be quite that strict, but definitely take the opportunity to evaluate things and declutter as appropriate.

Where will I put this new thing? You know those organizing books that say “go through a room, and put everything away”? For that to work, everything has to have an “away”. Find the “away” for the new thing. This is the last question for a reason. If you make it the first question, you’ll be tempted to find a place to store it without answering the other questions – and that’s the beginnings of a serious clutter problem!

This should go without saying, but don’t forget to take action immediately. If you wait to take action until “next week”, or “until we’re going to be by Goodwill anyway”, clutter has a habit of putting down roots. If nothing else, get all the stuff you’ve decided to get rid out of your house and into a place where that’s less likely – like the trunk of your car.

Speaking of “taking action immediately”, you may not realize this, but junk removal companies like us also do small loads as well. You don’t need a whole house full of junk to make it worth giving us a call! If getting stuff out of your house is going to be the step that derails your decluttering journey, don’t hesitate to pick up the phone. We’ll give you a free quote, and you’ll be on the fast track to your clutter being nothing more than a distant memory.

We hope you had a fantastic Christmas, and we look forward to serving you in the new year!