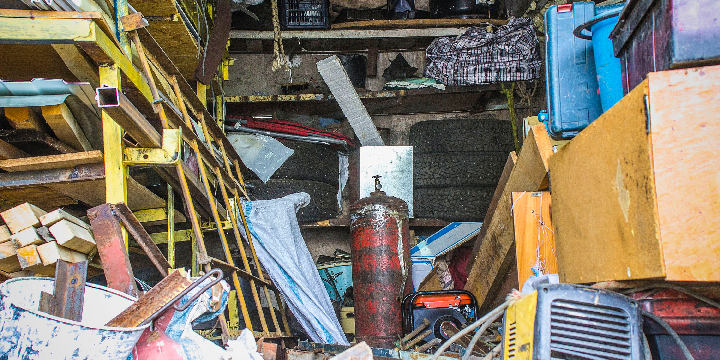 We’re a junk removal company, and obviously we’ve seen a lot of junk. We’ve definitely seen that “one person’s trash” truly can be “another person’s treasure”.

Unfortunately, we’ve also seen that a number of people that are absolutely drowning in junk are the last people to make the call to get help. Just the stigma around the word “junk” can conjure feelings that having a ton of junk is a moral failing of some sort.

And if we’re being honest, most people don’t like to think of themselves as having “junk” – especially if there are other adjectives in play, such as “a house full of junk”.

In reality though, there’s no need for the negative connotations – and you won’t hear any judgement from us. The definition of “junk” is pretty simple – it’s anything that doesn’t currently have value to its current owners. Because of this, “junk” is something that we’ll all definitely have during our lifetimes. And if our lives change suddenly, we may find that a lot of stuff we found valuable becomes “junk” – almost overnight. The word is just an expression of an item’s value, relative to who currently owns it.

This means that when you call a junk removal company, you’re not admitting some sort of moral failing – you’re just admitting that some of the stuff in your living space (or yard) isn’t contributing value to the life you’re trying to lead.

But most of us still don’t like to get rid of things – especially big things.

In fact, we found that one of the challenges people were facing was the idea that even though something might not have value to them, it might have value to somebody else. There are a number of people who just don’t want to see their stuff end up in a landfill, and they don’t want to be “part of the problem” from an environmental standpoint. They want their stuff to go somewhere where it can be appreciated.

We hear that objection loud and clear.

We’ve worked really hard to ensure that when you call us, you never have to worry about whether you made the right decision.

This is why we’ve gotten very, very good at figuring out whether the junk that’s not contributing value to your life may contribute value to somebody else’s. Whether it’s donating to Goodwill or Salvation Army, donating directly to people in need in our local communities, or even lightly fixing up and reselling, nothing makes us happier than to figure out a way to pass an item along to a new home.

Bottom line? f your stuff can be passed along, it will be. If it can’t, it will be recycled as best as we’re able. And no matter what, we’ll always be doing our best to keep as much as possible out of the landfill.

We’re striving to be good stewards of the environment, and to do our level best to make your junk make a difference.

And if you’re still worried about judgement, rest assured – you’ll get none from us. We just want to help you get the stuff that isn’t contributing value to your life out, so you can make room for stuff (and people!) that will. Give us a call today for a fast, free quote, and let us help you start on the road to a lower-junk life!