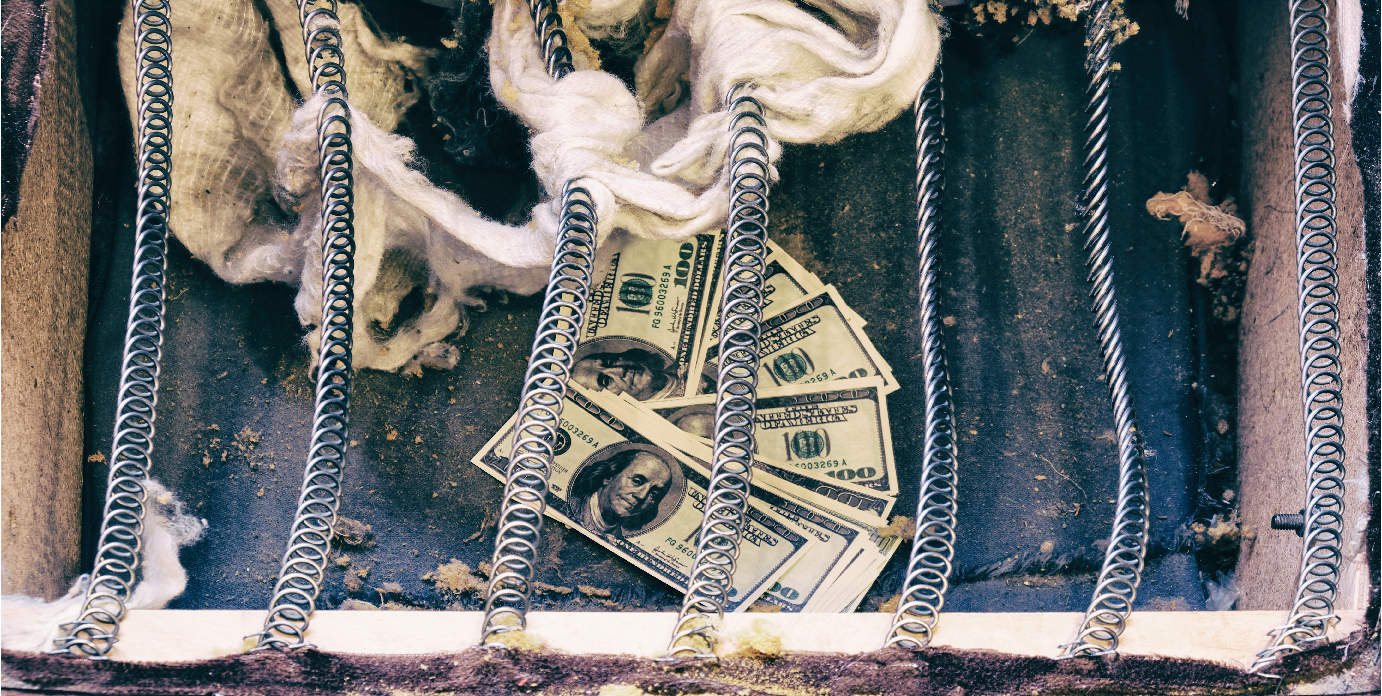 Let’s talk about money for a minute. Getting rid of your junk is usually thought to cost money.

First, there’s the potential opportunity cost of getting rid of your stuff. If you get rid of it, and later discover that you have a use for it, you won’t have it anymore. Sometimes you might feel like the junk still has value, and that you just need to find “the right person”. In our experience “what if I need it someday?” is one of the most common reasons for not getting rid of junk, and “but it’s worth something!” isn’t far behind.

Second, there’s the cost of the actual junk removal itself. If you’re using a service, it costs money to have a junk removal service come out and pick up your stuff. If you’re DIY-ing, it costs money to haul your stuff to the dump, to rent a truck if you don’t have one, etc. This is especially problematic when it gets combined with the first reason – “why would I pay to get rid of something I might need someday / that I could sell?”

And so, for whatever reason, there the junk sits.

But what’s that costing you?

If you have a living room piled full of stuff, and that’s preventing you from inviting friends over, you’re effectively paying to hold onto your junk – you’re just paying in the currency of relationships.

If you’re constantly stressed out because you look around and see a mess everywhere, you’re still paying to hold onto that junk – but you’re paying with your mental and emotional well-being.

And if holding onto the junk is making it so that it’s harder to do other things – like cook in the kitchen, for example – you might actually find that it’s costing you real, actual money as you do things like spend more money on take-out and delivered food.

So you have to weigh the pros and cons. We’ve found that most of the time, there are more “cons” involved in hanging onto junk than “pros”.

Remember, most people who worry about how they “might need _____ someday” don’t ever need it. If it’s a priceless family heirloom, you might have a point – there’s a large potential downside to getting rid of it. But if it’s something that can be had from the local big box store for a reasonable price, the odds are good that you’ll need far, far less of the junk than you thought – and you’ll be able to easily replace the one or two things you end up needing.

And honestly, if you’re considering selling something, why not just list it? Facebook Marketplace, Craigslist, eBay (for small, shippable stuff), etc. are all fantastic ways to unload your stuff. Sure, you might not get what you feel is “top dollar”, but the odds are pretty good you’ll get close enough to what people are actually willing to pay – and you’ll also be getting paid in both empty space and emotional well-being.

Of course if you’re one of those people who’s worried that getting rid of your junk is going to be expensive, or that there are going to be a bunch of little “gotchas”, that’s where we come in. We’ll offer you a fast, free, no obligation free junk removal quote so you know what it’ll cost up-front – then you decide. What we quote is what you pay – no hidden fees, “gotchas”, or anything like that – and we ensure that your junk is disposed of in the most environmentally-responsible manner.

Whatever you decide, we encourage you to take all the costs into account – including the (frequently high!) cost of doing nothing at all.