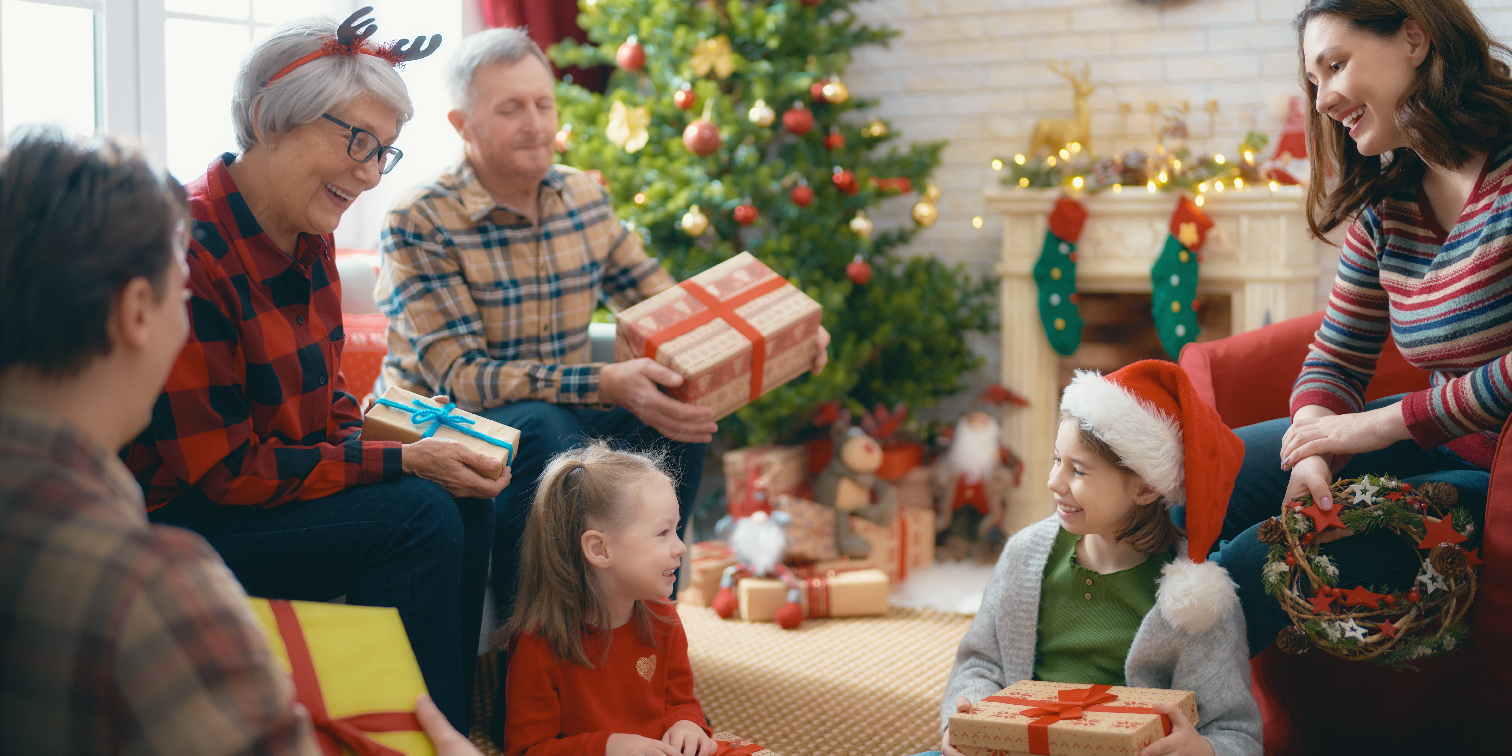 When we’re considering ways to make our next Christmas clutter-free, another thing to think about is gift exchanges. And there are three basic types.

The first type is the “obligatory” gift exchange. You know somebody is getting you a gift, so you want to “do the right thing” and give them a a gift as well. Usually this involves people that are relatively close, such as parents/kids, kids/grandparents, brother/sister, etc.

The second kind of gift exchange is the “large group” gift exchange. Rather than you feeling some weird obligation to get every one of your relatives something for Christmas, a large group gift exchange lets all the people put names in a hat, draw one person, and focus on getting a gift for them. It’s actually a solution to a pretty common holiday problem.

We’re going to talk about the first two types. There’s usually not a super-aggressive advertising push behind these gift exchanges, other than the general advertising theme that you’ll have “a list”, and that you need to get gifts for “everybody on your list”. The origins of these exchanges, in fact, are typically very well-intentioned. The first type is intended to make sure everybody feels included and valued. The second type is a solution to a larger problem of the first type getting out of control in offices, extended families, etc.

But like many solutions, they fail in one major point – they take as a given the premise that “everybody wants to get a gift at Christmas”. And that’s the cause of quite a bit of holiday clutter.

A lot of Christmas gifts are given out of obligation, rather than genuine case and concern. And frequently they’re exchanged between people that don’t even know each other well enough to even shop for one another. Even if you’re just buying a gift card, there’s a huge difference between “I know you’re saving up for that new TV from WalMart – here’s $50 toward it” and “I didn’t know what to get you, so I figured, ‘everybody can use WalMart gift cards'”. The first reflects knowledge and thought, while the second is a pretty good indicator that the person just felt like they had to buy something, no matter what it was.

So how do you deal with gift exchanges that you don’t want to participate in?

Fun fact – you can just call the other person up (or text message, or email, or whatever works) and say something like “hey, we seem to be swapping gift cards every year. How about this next year, we skip the hassle of the gift exchange?” Or if it’s somebody you don’t know that well, but would like to, you can switch it up – “I don’t feel like we know each other very well because we can’t ever figure out what to get each other at Christmas. How about instead of giving gifts, this coming year we get lunch a couple of times? I’ll buy the first time, you buy the next.”

It’s tempting to think they’ll consider you ungrateful. And some people might actually think that. But the vast majority of people are much more likely to be happy they not only don’t have to spend the money, but they don’t have to go through the mental stress about what to spend the money on. Giving people one less thing to do at Christmas time is truly a gift that keeps on giving.

And if you do feel obliged to give a gift to somebody that you don’t know all that well, particularly if it’s an in-person gift, you may want to consider giving them cash. We know, we know, there’s a societal taboo around this. And that’s silly. The reason for the taboo is that cash seems like a lazy gift, as it doesn’t require much thought. Dodge the societal taboo by getting a card, hand-writing a note about what you were thinking of giving them, and enclosing enough money for them to get it themselves. Finish the note with something like “but if you need the money for bills or something important, please don’t feel obligated. Have a Merry Christmas!” That way you show you put thought into it, but you’re trusting their judgement rather than making the decision for them. Cash never becomes clutter, so it’s hard to lose with this strategy.

To be clear, we’re not saying not to exchange holiday gifts. If you enjoy it, you enjoy the stuff you receive, and the people you give gifts to enjoy the stuff they receive, keep it up! But if you have a clutter problem, it’s safe to assume other people you know have one too. And “not contributing to somebody’s clutter problem” is a holiday gift that’s usually very, very well-received.

You have ten months or so until the next Christmas shopping season. Have those conversations before then, and here’s to a clutter-free 2022!